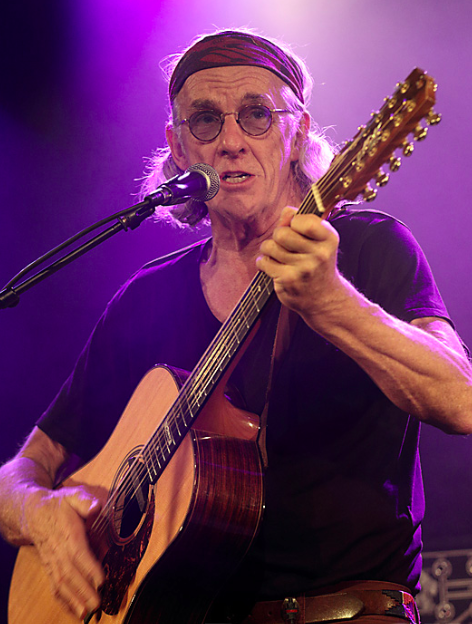 Howard Eynon is an Australian singer & songwriter. His 1974 album "So What if I'm Standing in Apricot Jam" became one of Australia's most eclectic albums of the 70's.

Forty years later Howard has had a musical resurgance as his album was recently re-released on both vinyl & CD. Now back from a fantastic Europe tour, Howard is musically firing on all cylinders, with both live performances and new material in the works.

With his charismatic storytelling and a rich 12-string guitar sound, featuring a unique tuning of his own invention, Howard's music has at times been described as "psychedelic acid folk" and his album "combines the fantastical, whimsical, cerebral, snide, political, and keenly bizarre in a manner that is utterly engaging and entrancingly odd." undertheradarmag.com

Howard was born in St Ives, Cambridgeshire UK. At age 11, the Eynon family travelled by ship from the UK to relocate to an isolated dairy farm in rural Tasmania, Australia. 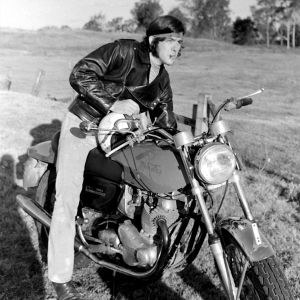 A keen motorcyclist, Howard left the farm at age 17 and headed to Melbourne to pursue a career in acting. During his time in Melbourne he worked mostly in theatre and joined various theatrical repertory companies, whilst continuing to develop his music.

Howards break came in 1971 when he won the Grand Final of Australian New Faces. His audience grew and he became a much loved solo artist touring with a range of great artists, including Hunter S Thompson. Whilst writing and recording a guitar piece for a play by the Tasmanian Theatre Company, Howard met Nick Armstrong, a local producer who invited him to record a full-length album.

Recording over a three month period, and with the help of a number of talented local artists, "So What if I'm Standing in Apricot Jam" became one of Australia's most eclectic albums of the 1970's.

"Forty or so years ago I was living in the worlds of theatre, music and 'alternative culture' which basically meant you had some hippie and intellectual friends, read Tolkien, lived in the country and smoked a bit of dope.

A consistency in my life was a 12 string guitar. Early on I'd been attracted to folk haunts in Hobart - initially a place called The Wild Goose. I was impressed by the talents of a guy called Bill Hicks, a blond American bloke who played beautiful blues guitar. At the Wild Goose we sat on hard benches, drank tiny cups of this bitter black sweet Turkish coffee and amazing music happened! 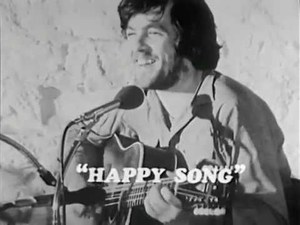 In 1974 after a couple of memorable years with Queensland Theatre Company and then Tasmanian Theatre Company, we made the album “So What if Im Standing in Apricot Jam”. Violinist Peter Daly was a regular at our Richmond cottage and we often played together. Nick Armstrong at Spectangle Studios knew some excellent musos as did Ian Cugley, a lovely man, musician and lecturer at the Hobart Conservatorium who took me under his wing, provided a heap of support and also played mellotron on the album.

After making 'So What...' Sue and I and first child Dylan moved to Victoria. The following 5 years were spent in the hills surrounding Melbourne and bits and pieces appeared in those years that contributed to the unfinished ‘Rokopra'. Today that’s still a collection of typed and scribbled-on scraps of paper, some of which have been converted to digital, containing half finished tunes and moments from various character interactions. But there are additions happening all the time now; I wanted to put together something with maybe a flavour of Jethro Tull, Pink Floyd and Tolkien in the mix.

But nothing happened as it often does so well. One moment led to another. The family grew with the arrival of the amazing Jesse Lee person followed by the gorgeous Hana. I started listening to voices that said ‘play the game, make a buck and play music later'. So year-by-year, as in a dream, I did vaguely normal stuff, while carrying along unfinished scraps, incomplete ideas and a pile of instruments. I never stopped writing stuff though. Big pauses and then some tune or poem would appear, only to get buried in the pile.

A couple lifetimes on, it seems ‘now’ may still be the 'time'. Of course it is! Unbeknown to me, the old album "So What.." had become a collectors item. An Australian guy named Scotti of Buttercup Records emerged and asked to relaunch the album in Aus. Then through Scotti's website, James Nichols from UK Fire Records appeared with a request to relaunch "So What If I'm Standing In Apricot Jam" worldwide. 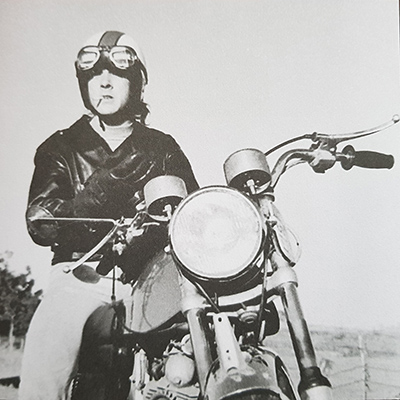 When James asked if I’d be able to do a tour of Europe, he sparked something that had been dormant for years. It was like being woken from a long sleep and handed a gift from some ancient genie.

With the exception of "The Roadshow" that a few of us wrote, produced and toured in the 70's, my first tour ever happened in late 2015 organized by James and Jose Luis from Born Music in Spain.

There was a year to prepare and grease the circuitry. I started going to open mic's around the Central Coast in NSW. I’d never much liked playing in pubs but initially they were the only venues. I discovered myself back in the world of music filled with some incredible people.

Working on a new album with Ryan Hazell.